I Want To See The Georgia Guidestones 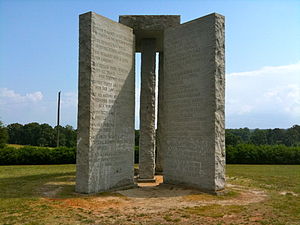 So apparently the U.S. has it’s own Stonehenge in the isolated fields of Georgia. This monolithic event has been named the Georgia Guidestones. Of course I heard about this through a television show on the History channel. Apparently an anonymous person or group had them built in the late 70’s. The anonymity of it’s creator, along with the nature of what is scribed on the stones, has inspired conspiracy theories ranging from a NWO agenda to post-apocalyptic directions for humanity to the Devil’s instructions. 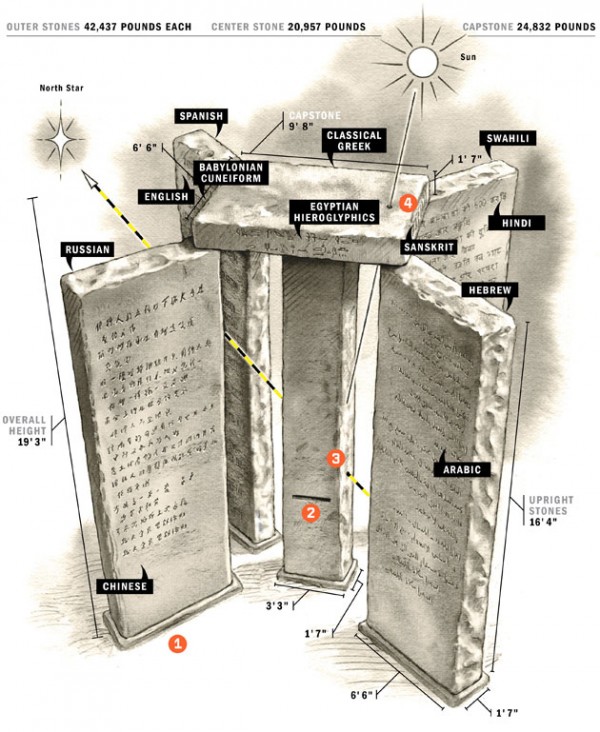 Also, the Georgia Guidestones are aligned with the poles and the cosmos – apparently congruent with the North Star, points to North-South-East-West, and the Sun – both annually and at noon time. I want to see and experience these stones. From what I understand I need to get there before December of 2012 – I better hurry.