There were several requests for the resolution of the chords to be included on the audio recordings.

Below is a diagram showing the information of the FM/Edim7. 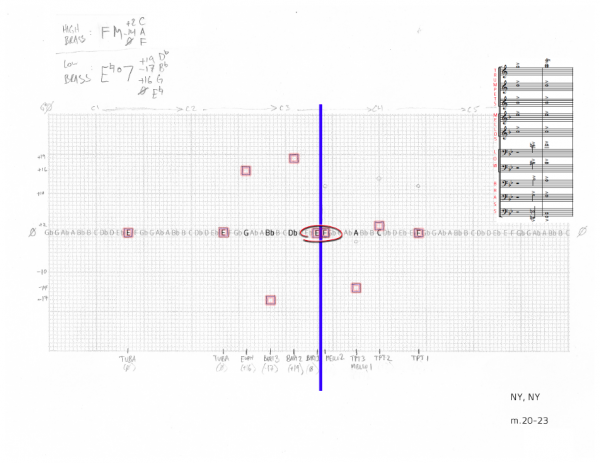 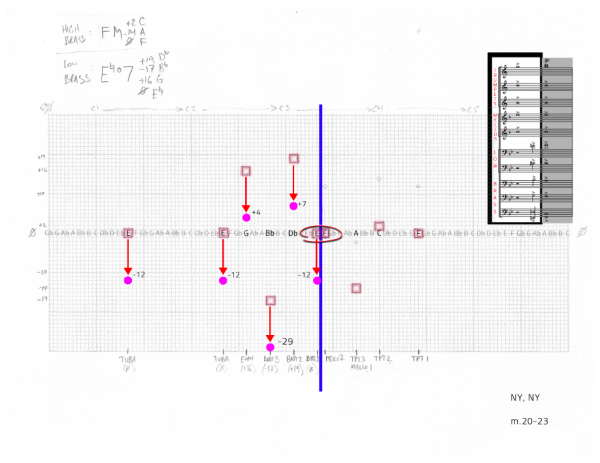 The final example on this blog was a request from the previous FM over Edim7 entry. This example has been named “Phelan’s Equation” – after the author. Here are Phelan’s exact words:

Now, a consequence of this is that between E/G and between B-flat/D-flat, the fraction ratios that construct the just-intonation scale preserve the proper minor-third relationship. Getting from G to B-flat (and from D-flat to E), though, must cross over the wolf fifth somehow, breaking that pure minor third. 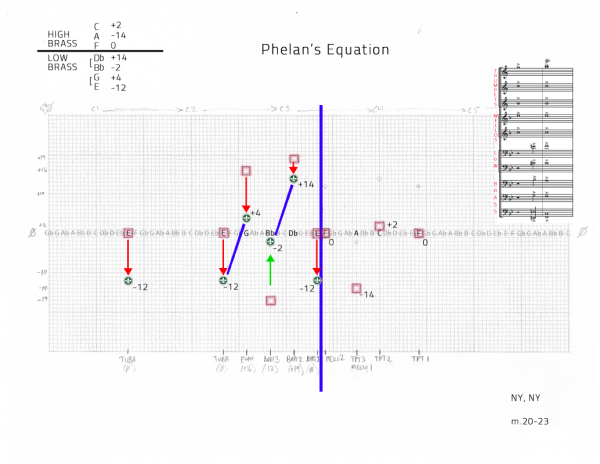 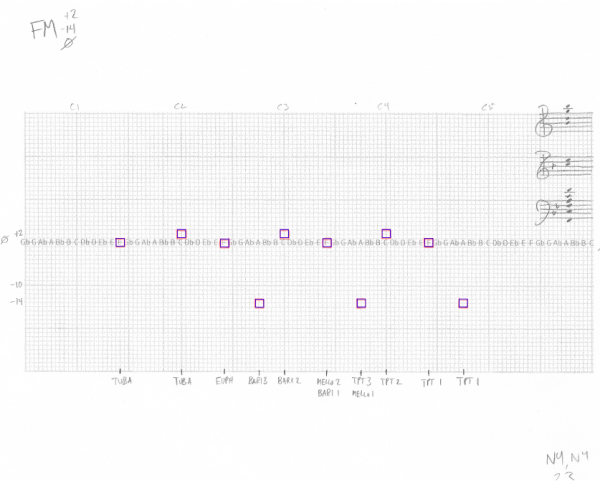 0 responses to “Adventures In Just Intonation – FM over Edim7 – Resolutions”