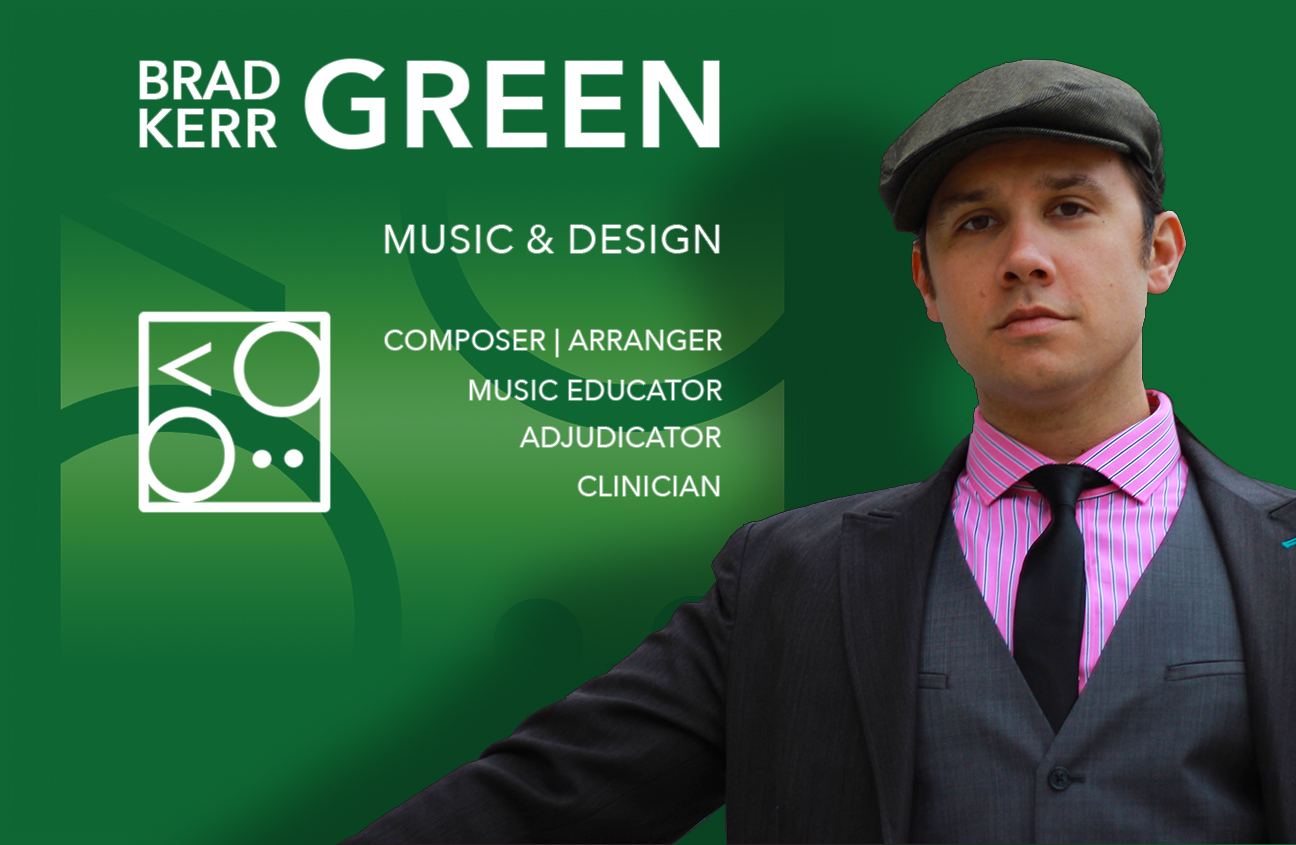 is the music arranger for the United States Air Force Heritage of America Band stationed at Langley AFB in Hampton, VA. His works for concert band are published through Print Music Source. He is the Brass Arranger & Brass Caption Supervisor for the Oregon Crusaders Drum & Bugle corps.

Mr. Green was a performer, conductor, and supervisor for the Tony Award and Emmy Award winning production Blast! - Original London Cast, Broadway, First National Tour, and The Power of Blast in California.

After his nearly 5-year period with Blast!, he worked with many world-class drum & bugle corps as a brass instructor/brass caption head, including the Blue Knights, the Santa Clara Vanguard, the Blue Stars, the Madison Scouts, and the Oregon Crusaders.

Brad completed his master's degree from Troy University (AL) and his BA with honors from The New School (NY).